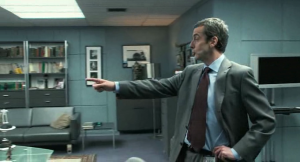 It’s a very simple question, “Why are you writing?”

It’s a question I’ve been asked pretty much since I was 10. I would write stories in Microsoft Word while others played outside and played video games (not that I don’t love those two things). I never really could give them an answer their tiny minds could ever understand. The older I got, the more confedent with what EXACTLY I wanted to do with my writing.

Age 10: Just wanted to have fun. Also had a good time drawing comic books with my big brother. He was quite a creative guy himself. It was primative, but I enjoyed it. So did my brother. It made is close.

Age 12: Decided to write screenplays. Had about 300 pages of shorts. Of course I knew nothing of standard format back then… but my brother got mad at me one day and deleted it all. Yeah, you read that right. It was a sad day. I almost gave up writing. I eventually got on the keyboard again though. I’m glad I did. I came up with my first “Nightowl” story then. Writing made me who I was.

Age 15: Entered my first screenplay competition.  Same “Nightowl” story. Darker, better. I apparently got a letter of some sort back from the Nicoli Scholarship contest (a big one) but my mother “lost” the letter… Have I told you how much I hate her?

Age 17: I’m in the creative writing class of Mort Castle. He’s the first person to ever tell me I actually have an ability to write. This was huge for me. For years I had been laughed at for having such crazy ideas about being able to write for a living… my Dad wanted me to be a lawyer like him. I wanted to make movies. This pissed him off.

Age 19: With this came the fallout with my parents and caused me to be homeless. I was still working at UPS at the time, and I basically lived in the parking lot. I spent the days listening to WGN 720 and plugging in my computer to power outlets at parks or forest preserves to use Final Draft and write. I was able to leach some internet too. Writing certainly saved me from being bored.

Age 20: I was in the Air Force at this time… not wanting to die int he cold and all. I was alienated from my family. I didn’t have time to talk to my friends… and no time at all to write. So I made the selfish decision to try and check out early. I was discharged and became homeless once more. Without the solid escape known as my writing, I was cast into a really dark world where there was no hope.

Age 23: This is the present day. Not much has changed. My “mental health” prevents me still from getting a good job. My family has abandoned me and I again feel lost… and being thrown in a mental hospital FOR NO REASON didn’t help my case at all. Dad was just being a jerk. He wasn’t helping. He wanted me to die.

Can’t kill myself because it’s not right… and that shit is painful when you’re not successful. Very painful. However, I do have my writing… and a few really good friends to help me out. I wake up every morning thinking this could be the day I stop sleeping on the roach and bedbug infested floor. This could be the day I could finally have an entire positive day in peace. This could be the day I can hear someone say they love me. But every day it’s shattered. The question is, what keeps me going? It’s the writing it’s an escape, like I said before. It’s the only time when we can control everything about the world around us. Maybe I’m just a control freak but it feels damn good… and it’s all I got.

Do I want to be rich and successful? Hell yeah, because I got nasty comments and e-mails every day saying I can’t do it. And I want to be able to pee on my mother and father’s grave for having abandoned their youngest son. This is why I will become successful. Not if, when. I got my entire life riding on everything I write, so don’t expect me to ever give my readers or my watchers anything half assed. It’s all or nothing.

What I’m getting is the same question, why do you write? There are too many fuckers out there writing shit and blogging shit. I truly wonder what their aspirations are? To get published? I’d guess so. But on the road to getting published, many forget why they started in the first place… for fun… as I did. Then they got wrapped up in the money of it all. I’m sorry those of you with blogs, most of you aren’t that interesting and a lot of you just aren’t fucking talented. It’s like I’m Ringo Starr and the internet is like American Idol… basically nothing good will come from it, even though everyone thinks they’re the shit and mightier-than-thou.

I really think most of you fucks on Twitter are after some money. If that’s the case. Stop writing and leave it to those that actually have a damn future. That goes double for screenwriters. Good screenwriters are made, they’re born. Too many wannabes and not enough can bes. My life has been short. But I know what I want, and I’ve spent most of my time on this planet trying to get there. I’m busting my ass to make quality shit and everyone should do the same.

So, if you’re not giving your whole soul into your writing… you just need to go back to school and get a profession that requires no heart and soul. Like a lawyer.