The movie is one step closer to reality!

Remember to tell your friends

Watch out tomorrow for my new projects. Holler!

Most people are saying that this was a very bad year for movies.

I really don’t think so. I saw a lot of movies that helped me grew as a filmmaker, and a person. That’s what cinema should do for us right? 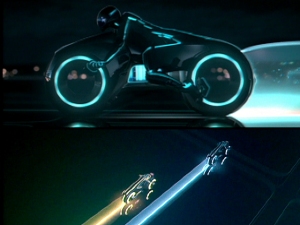 Okay, some of you and scratching your heads already about why it’s so low on the list? I really enjoyed TRON… a lot. It just wasn’t as good as it should have been. Pure and simple. Another fight scene here and there would have been pretty nice, but when all is said and done, TRON Legacy has set the new bar for 3D films. Fuck Avatar. End of line.

Horror films should be seen opening night in crowded theaeres. One of the greatest crowd moments of my life happened during The Crazies during the scene in the baby’s room

with the one black guy in the audience yelling AWWW SHIT.

Or the Car Wash of Doom.

The Crazies, make like George Romero’s original, does a good job at making an accomplish in our nation’s backyard totally plausible. I’m not a huge fan of the ending, but to each his own.

I wish this actually got the wide release it so deserved. It further proves that hand drawn animation is still lightyears ahead of anything Pixar can accomplish. It really captures your heart and soul. You have no excuse not to catch this. It’s on Netflix instant now. And it’s only an hour and 15 minutes. Watch it now.

Yeah, none of you remember this movie coming out did you? Well, be sorry. This is by far the best comedy of the year. Why? It’s really just about all the dumb little bullshit we go through as kids. Simple as that. Accompanied with some convincing performances. Made me want to read the books too, which are equally as hilarious if not moreso.

Noomi Rapace is gonna be a household name really soon thanks to these movies. Her soul(less?) portrail of Lisibeth in these films is just something I hope she dosen’t get type casted for. Nonetheless, she deserves an Oscar for that rape scene alone.

4. I Love You Phillip Morris

Someone had better give Jim Carrey an Oscar or I’m going to throw a fit. Jesus..

I’ll be looking back at this in 20 years and telling myself it’s really the drive that me into filmmaking the way that I do. It’s strange, the movie just captures me. It tells about the good in even the worst of people. Great showing of what can be done on even the smallest budget. Good people worked on this film too. I speak with them from time to time. Really passionate. Download it. Live it, love it.

You’ll be seeing this at the Oscars I’m pretty sure. The story of a mother’s love. A mother’s nearly psychotic love. Trust me. You’ll see this for years to come.

1. Scott Pilgrim Vs. The World

What isn’t good about this movie besides the fact it should have been 3 movies? That’s just it, there’s nothing wrong with it. Edgar Wright continues to dazzle and please in the most underrated movie I’ve seen in a long time.