Bitches don’t know about my Magical Drop. At long last. An action puzzle game I can play with other people online because people are dumb and don’t want to play action puzzlers with me locally.

But thanks to Golgoth Studio in good ol’ France, Magical Drop V is now available on steam for a low low low LOW price (seriously, they should charge more). Check out the link, they got videos and stuff.

I really don’t need to explain this game to you. Or maybe I do. Take a minute to check out the steam page over there. I’ll wait. 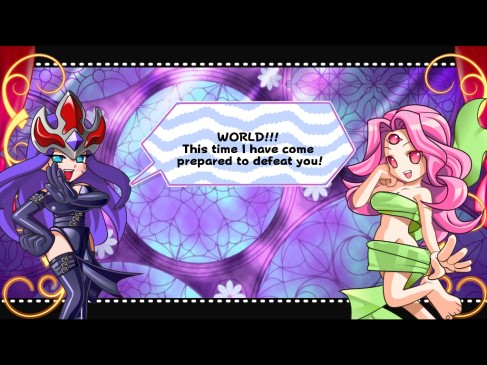 Yeah, that basically sums it all up. It’s your standard puzzler fare of lining up 3 or more bubbles to destroy them. Combo clears together and you can drop stuff on your opponent. I don’t think I’ve ever played a faster puzzle series in my entire life actually.

Anyway, this PC version comes with the standard story mode… which is the arcade more (at least right now) and there are a number of multiplayer offerings for up to four players. I haven’t tried any of the multiplayer yet and I’m about to get to why.

Problem with the game in it’s current state… it’s not exactly stable and I haven’t been able to play games with anyone on my friends list yet. I have been able to do some ranked matches. Haven’t won any though. I always got 10 chained right at the beginning to an instant death. Wish they had harder puzzles like the old days. Also, this is just a personal thing. But there’s a lot of flashing and distracting things going on that are going to take some getting used to. The water, the smoke. All kinds of crap you haven’t seen in a Magic Drop game before. Again, not really a problem, it’s just something to be ready for. The game is also lacking that Puzzle Mode I always loved so much. But from what the developers have said, they’re going to be patching new content in.

The developers have been very active in the forums and trying to get the game up and running smoothly. This I like to see. Apparently there’s a patch for joystick usage coming soon so I won’t have to use that damn Joy2Key anymore.

All and all, I’m loving the game and I’m eager to level up and really get back to where I once was in the arcade. It’s a cheap game. Go buy it. Support this great indie developer. So on and so forth.