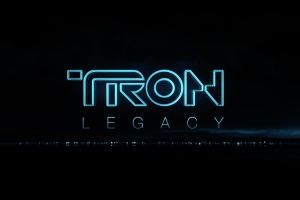 I spent time with friends and vodka the other day watching Tron, in preparation for its sequel almost 30 years in the making. I must admit, I was worried for a second when I sat down and saw the first good 5 minutes in 2D.

But, something weird happened, something I would have never expected. We had a deep  character in a Tron movie. What’s next? Dogs and cats living together? Anyway…

The sequel to the 1982 visual masterpiece brings us to modern-day. Flynn’s son is reckless… but smart. Like his Dad was. Main shareholder in his Dad’s company. But he just doesn’t really give a shit. He’s had kind of a tough life. But it all changes when Allan gets a page which in the end sends Flynn’s son to the grid. There, he almost meets his death… then his father and a new friend.

That’s just about as much of the plot I want to give away. It may sound simplistic, but once you add Daft Punk’s score and some of the GREATEST 3-D I’ve ever seen, you have a true winner.

This movie needs IMAX 3-D. It was filmed with just that in mind. Like it should be… none of that post conversion bullshit. What it leaves you with is a bright, eye-popping world that doesn’t suspend belief but makes you feel like you’re on the grid yourself.

There’s been a lot of talk about the running time (2 hours, 2 minutes) being too long. I actually think it’s a little too short. Unlike most movies, this one takes quite a bit of thought to truly understand. The religious overtones and the complex morality tale will be over some people’s heads (just go to Rotten Tomatoes and read some reviews.) But when it all comes down to it. If you walk out of this movie at LEAST not talking about how beautiful it was, you’re not using your eyes and I could use an extra pair. Give them to me.

The acting… well, it was better than Tron 1 I’ll give it that. But you have to remember, they’re in a computer. Don’t expect Oscar style performances here. Jeff Bridges is great in both his roles (I had no problem with his face transfer on Clu 2.0) Olivia Wilde is hot as hell, and Garrett Hedlund fits in well as Flynn’s son Sam. Everyone has a certain swagger that characters were missing back in the 80’s. But I’m going to try to stop comparing the two.

When all’s said and done and I walked out of the movie at about 2:45 this morning, it sparked a long conversation with my friends the whole ride home about the true meaning of the movie. I love it when movies do that. I think we all do.

See it. See it in IMAX. Fuck Avatar. This is the greatest 3-D movie to date. James Cameron can suck it.